With our research on pediatric brain diseases – neurodevelopmental disorders and brain tumors – we aim to contribute to a better understanding of disease mechanisms and to the translation of this knowledge into clinical applications. To achieve these goals, we perform research on human stem cell-based disease models and on mouse models.

Why and how we do what we do

With our research on pediatric brain diseases – neurodevelopmental disorders and brain tumors – we aim to contribute to a better understanding of disease mechanisms and to the translation of this knowledge into clinical applications.

Translational neuroscience research is particularly challenging for two major reasons: the complexity of the nervous system and the inaccessibility of viable human diseased cell and tissue material. In addition, there is a paucity of adequate disease models that recapitulate pathological processes as they occur in human brain cells and tissue.

We therefore address questions such as how specific genetic alterations impair the normal development of neural cells, resulting in pediatric brain diseases, by combining research on mouse models and on human stem cell-based disease models. Moreover, we utilize these preclinical disease models to investigate therapeutic avenues.

Many of our research projects require a multidisciplinary approach and we enjoy working together with other teams.

Although human induced pluripotent stem cells (hiPSCs) provide unprecedented opportunities for the modeling of human diseases in 2D and 3D cultures, their application remains associated with several challenges. In case of hiPSC-derived models for brain diseases, the generation of pure and mature neuronal cell populations in 2D cultures and the correct spatial arrangement of neural cells in 3D cultures number among major obstacles.

The state of normal or diseased cells is the ultimate result of the combinatorial expression of thousands of genes and an essential step of gene expression regulation occurs at the level of chromatin. Mutations in genes that encode chromatin components are associated with different brain diseases.

We are studying modulators of chromatin states such as MECP2 and components of chromatin remodeling complexes such as SMARCB1. SMARCB1 codes for a chromatin remodeling complex component and mutations in this gene can predispose to certain brain tumors or can cause Coffin-Siris syndrome. This congenital malformation syndrome is characterized by a severe developmental delay affecting motor and intellectual functions among other defining features. The MECP2 gene encodes a protein that binds to methylated DNA and mutations in this gene can cause Rett syndrome, an autism spectrum disorder and a leading cause of severe mental disability in girls.

We are members of: Centre for Synthetic Biology. 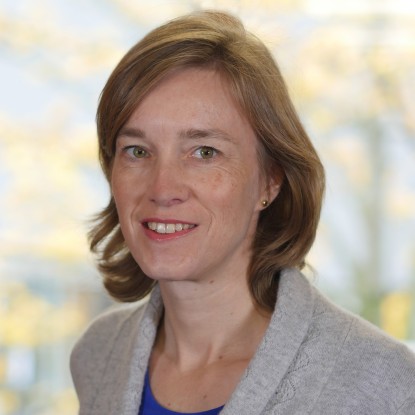