Welcome to the scientific lab of the Botanical Garden of the TU Darmstadt!

Plants have evolved sophisticated structures for a wide range of mechanical tasks, such as adhesion, dispersal, and prey capture. Using modern biomechanical and functional-morphological methods, we investigate their form-structure-function relationships and abstract working principles for biomimetic transfer into technical structures and materials. Our fundamental and applied research leads to a better understanding of the mechanical aspects of plant biology and helps developing smart future technologies!

We work strongly interdisciplinary and collaborate with various other disciplines and the industry. The following examples provide a good, but by far not all-encompassing overview of the topics we are interested in.

Carnivorous plants have leaves modified into traps to capture animal prey, mainly small arthropods, for a life in nutrient-poor habitats. The most popular and iconic carnivorous plant is the Venus flytrap (Dionaea muscipula), which was called one of the “most wonderful” plants in the world by Charles Darwin. After mechanical stimulation by prey, its traps snap shut within a few 100 milliseconds. How can the trap perform such a spectacular movement without having muscles, nerves, and true hinges? And how can it re-open after snapping to “bite” again? Our recent research has revealed that a fine-tuned interplay of tissue deformation, hydraulic actuation, and elastic instabilities dictate the various snapping and opening movement responses of the trap. A feature by TU Darmstadt can be found here.

The Venus flytrap is already swift, but the fastest plant kingdom predators are bladderworts (Utricularia spp.). Their small suction traps can capture aquatic prey, mainly water fleas, within a few milliseconds. Suction is based on an underpressure mechanism induced by energy-demanding water displacement processes from the trap lumen to the exterior. For a long time, we thought that these sophisticated and highly effective traps leave prey animals virtually no chance to escape. However, in a recent study it was found that certain water fleas (Daphnia dubia) possess a variety of inducible defenses, which help them to thwart off the “green threat”. A feature by TU Darmstadt can be found here.

Many plant movements are costly to the plant because they consume metabolic energy. A smart alternative are hygroscopic systems that allow the plant to move autonomously and “free of charge”, driven solely by the changing ambient humidity. Such hygroscopic systems are found, for example, in many seed pods and cones, which open when it is dry and close when it is wet. We recently discovered that the seed scales of pine cones consist of numerous functional layers, which act as motor, water barrier, water transducer, resistance and “locking system” altogether. A feature by TU Darmstadt can be found here.

4D printing and other methods allow for a quick transfer of plant movement principles into shape-changing technical structures. By this, numerous plant movement principles have already been successfully transferred, thereby opening up a versatile “toolbox” for motion design. Smart facades that autonomously open and close like a pinecone, soft robotic grippers that “snap” like a carnivorous plant, or structures that “bloom” like a lily – nearly anything is possible! 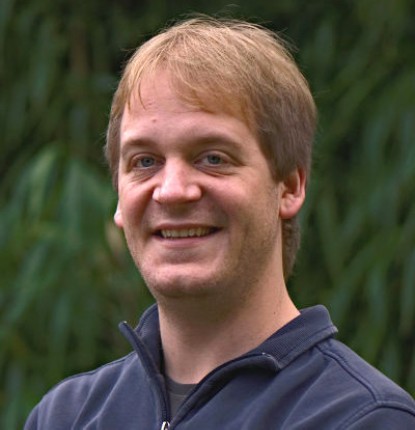